Easily one of the best buys of the summer, midfielder Yohan Cabaye was the difference between the two sides in a tight game at St James’ Park.

The French international rifled home on 81 minutes after a Sylvain Marveaux pull-back. However, Wigan will feel more than a little hard done by after putting an impressive display that will give the Premier League strugglers some hope for the future.

As for the Magpies, with the likes of Demba Ba, Ben Arfa, Cabaye, Marveux and Gabriel Obertan all settling in nicely, Newcastle’s French quarter may well fire Alan Pardew’s side into Europe come the end of the season.

Roberto Martinez, on the other hand, will be desperately hoping his luck changes before he loses his job. 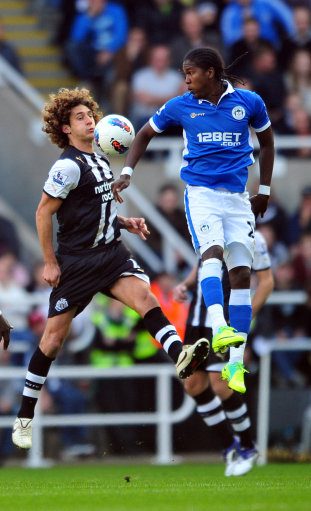 Fabricio Coloccini and Hugo Rodellega battle for the ball 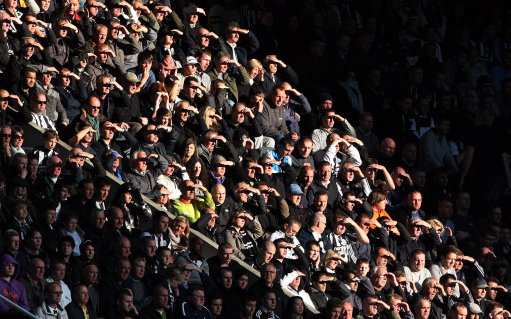 The sun is definitely shining on St James’ Park 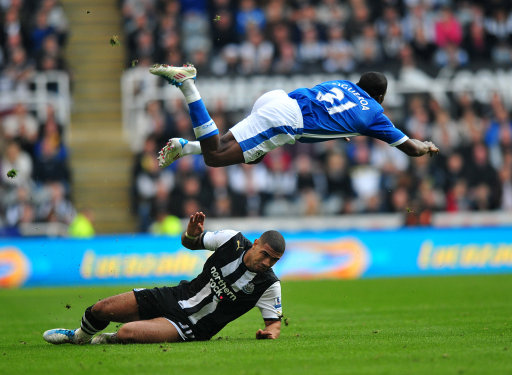 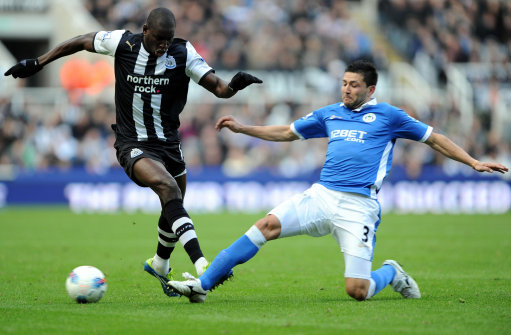 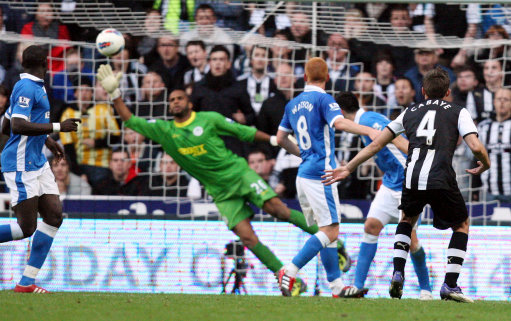 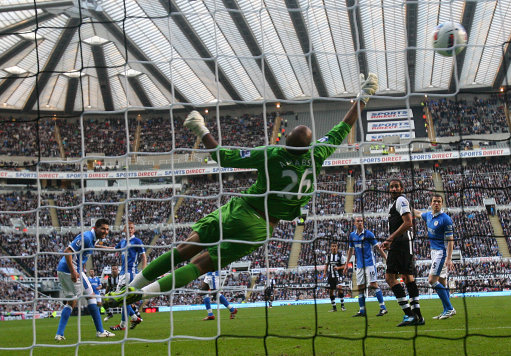 Cabaye strike from behind the goal 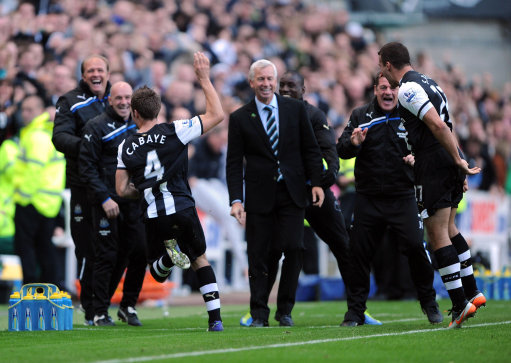 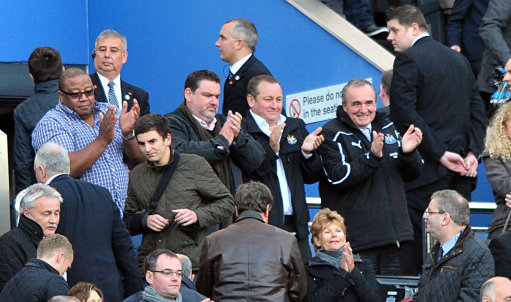