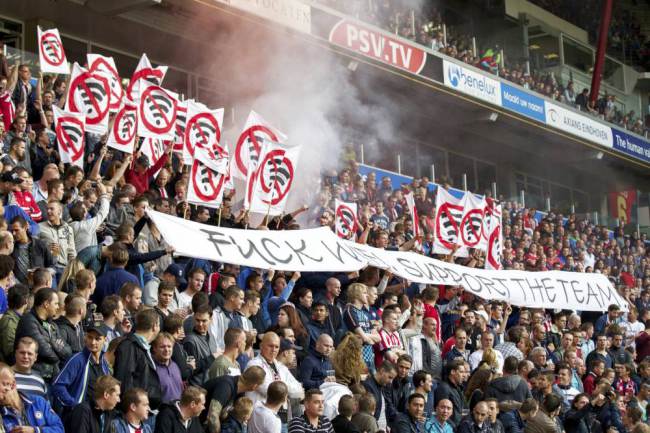 The more hard-line sections of the PSV Eindhoven support, i.e, the Rood-Witten ultras, staged a defiant protest complete with sweary banners, chants and flares in the stands during Saturday’s 6-1 thrashing of NAC Breda.

The protests weren’t over a lack of investment from the owners or even a surprise hike in ticket prices as you may well expect, but over the club’s egregious decision to go ahead and install free Wi-Fi for fans to use at the Philips Stadion.

Presumably angry at casual fans spending entire games farting around on their phones instead of actually supporting the team, the Rood-Witten displayed several anti-Wi-Fi banners – the most obvious of all being a giant sign with “F*CK WI-FI, SUPPORT THE TEAM” scrawled across it.

Of all the fights to pick!