Well, that was unexpected. Mere minutes ago, Sepp Blatter called a hastily-arranged FIFA congress to announce that he is stepping down as the president of world football’s governing body after 17 years on the throne.

This coming just a few days after the Swiss dumpling was re-elected as glorious leader for a fifth term. Funny what a little corruption scandal can do, eh?

Speaking at the congress, Blatter confirmed that a new FIFA prez will be elected “as soon as possible”.

“I am very much linked to FIFA and its interests. Those interests are dear to me and this is why I am taking this decision,” said Blatter.

“What counts most to me is the institute of FIFA  and football around the world…[but] my mandate does not appear to be supported by everybody.”

Nobody likes a quitter, Sepp.

How’s that for out of the blue? The man could teach cockroaches a thing or two about surviving against all odds. Quite honestly, we were expecting Blatter to conk out in office before we ever saw him step down.

Still, we’ll always have the memories… 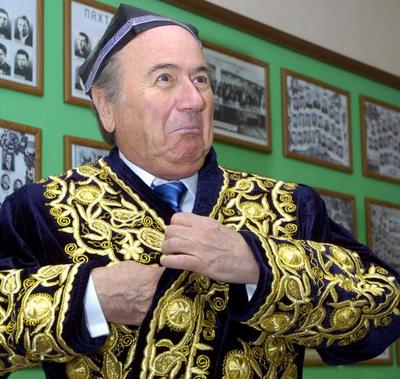