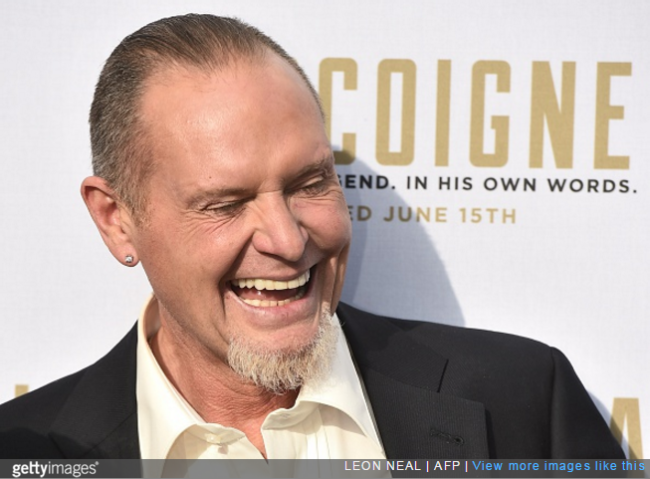 Back in July of 2010, Paul Gascoigne hit one of his many rock bottoms by turning up at the scene of the Raoul Moat armed siege in Rothbury, Northumberland.

Moat was wanted by police for shooting three people and eventually shot himself dead after a tense stand-off in a barn. It was serious business.

However, claiming to be an old friend of the gunman, Gazza later arrived in a taxi with some roast chicken, a fishing rod and a can of lager in a bid to provide “therapy” for his old mucker, who he subsequently described as “a good lad” in a bizarre, bleary interview with a local radio reporter.

Now, speaking on stage during his ‘Evening with Paul Gascoigne’ at Newcastle’s Tyne Theatre on Sunday night, Gazza recounted (as best he could) the precise timeline of events.

You may not be surprised to learn that copious amounts of cocaine were involved.

Raoul Moat? F***ing hell. You’ve got to realise I’m half cut anyway, sitting in the living room, I’ve got about six lines [of cocaine] lined up.

I’m not realising much but a good line and me and Raoul Moat are sort of friends. A couple more lines and we are good buddies.

A few whiskies, another few lines, I’ve had about eight lines and me and f***ing Raoul Moat went to school together, me and him.

My eyes were so wide and I thought, ‘I can save this bastard’. And even better he was in Rothbury, that’s where I used to go fishing so I know the area quite well.

I thought, if he’s in the f**king woods somewhere, he’s going to be cold so I get me a Barbour jacket.

Another line and I have a couple of fishing rods and a f***ing chicken. So I got me chicken and I think f***, he’s going to need a drink. I’ve had 14 lines. Now he’s my brother.

Then I get a taxi. Ten o’clock at night, ‘taxi for Gascoigne’. I’ve got a chicken on me, this bag and powder all over me face.

So he’s driving along the motorway and I’m excited already. He says ‘f*** me Gazza, are you going where I think you’re going?’ and I say ‘f***ing yeah’. He’s shaking and I says ‘just drop me off, I won’t be long’.

So now, because I’ve been in rehab so many times I’m a f***ing connoisseur, I says I can help this bastard.

He’s got a gun and he just blew a coppers face off, he’s killing people everywhere.

Me eyes are like owls, powder on me face.

I was devastated (when the police wouldn’t let me past the cordon) because me chicken is getting cold.

So anyway I make it back home, I fall asleep with a bottle of whisky.

You know in the morning when you panic the first thing you do is look at your mobile.

I’ve got 250 missed calls and texts, I was like — what have I done? I’ve got a chicken by my side, fishing rods, a Barbour, I’m like f*** me I must have done something.

I put on Sky News — Paul Gascoigne was there last night.

Oh well. At least we can all laugh about it now though, eh?