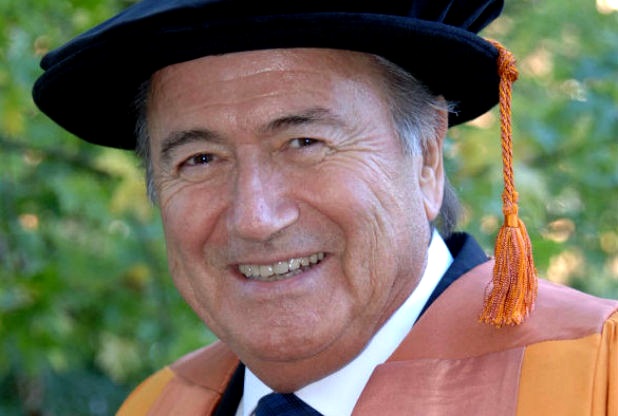 Having been suspended by FIFA for eight years for ethics breaches, Sepp Blatter has suffered further ignominy this week with the announcement that Leicester De Montfort University have stripped him of his honorary degree.

Blatter was bestowed with an honorary doctorate in Arts and Humanities ten years ago. However, after keeping close tabs on the FIFA corruption debacle, the university have now decided to take it all back.

The university has long been concerned by the nature of the allegations, had been closely monitoring events at FIFA, and in October formally withdrew the honorary doctorate [we awarded] to Mr Blatter in 2005.

Surely it can be no coincidence that shortly after De Montfort’s decision was made public, Blatter appeared to finally throw in the towel and submit during an interview with the Wall Street Journal.

I have finished my work in football. I lost faith in our organisation.

De Montfort should take pride in the strength of their convictions. Having to take down that framed certificate was obviously the final hammer blow in the fall of Sepp’s empire.