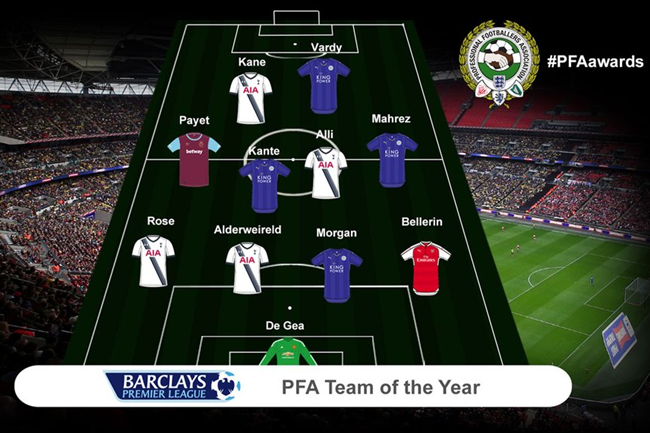 Not that there was much in the way of wriggle room, but the PFA have announced their Team of the Year for 2016/17 and it’s all fairly straightforward stuff.

You could argue Mesut Ozil has been incredibly unlucky to miss out but his so-so post-Christmas form has undoubtedly worked against him.

Averaged out over the season, the Arsenal playmaker has been just as dynamic and exciting as Riyad Mahrez and Dimitri Payet, but the latter pair just about managed to time their respective spikes better.

As for snubs, there’s no nod for Sergio Aguero once again. The Man City striker has never found his way into a PFA TotY despite racking up 100 Premier League goals along the way.