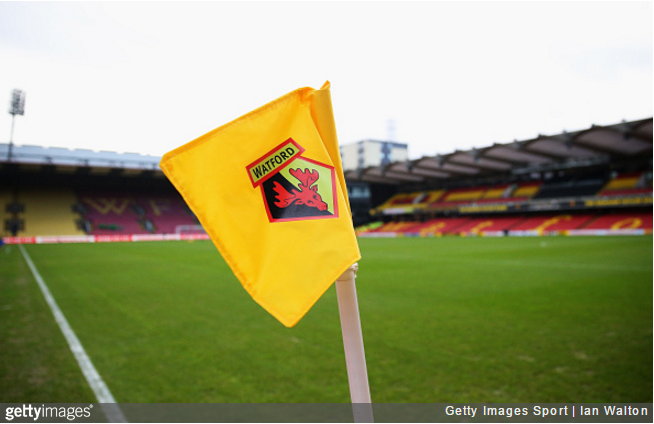 Watford are reportedly staring down the barrel of a point deduction and/or fine after the Football League launched an investigation investigated into allegations the club supplied false financial information.

The Telegraph claim to have come into possession of a “forged bank letter” that was submitted when current owner Gino Pozzo took over the reigns at the Hornets before the 2014/15 season.

The letter, which was filed as proof that Pozzo had enough funds to bankroll Watford, was allegedly falsified to appear as though it had been written by the HSBC bank.

Fabricated to appear as though it was written by HSBC, one of the world’s largest banks, the letter was submitted to the Football League (now EFL) shortly before the club’s 2014-15 promotion-winning campaign.

According to the Telegraph, there is no evidence or indication that Pozzo knew that the letter had been submitted on his behalf.

As such, Watford have launched their own internal inquiries to run parallel with the Football League’s investigation into the matter.

A spokesman from the EFL told the paper:

We can confirm, following receipt of information from The Daily Telegraph, that we immediately commenced a disciplinary investigation into serious allegations made against Watford Football Club.

The club has been formally contacted by the EFL and is now required to provide a full and detailed response to the allegations.

Once that response is received, it will be fully considered by the EFL and appropriate action will be taken under our rules and regulations.

Alas, if Watford are found guilty there is no known precedent as regards punishment, but the Telegraph speculate that it could range anywhere from a heavy fine to expulsion from competitions.