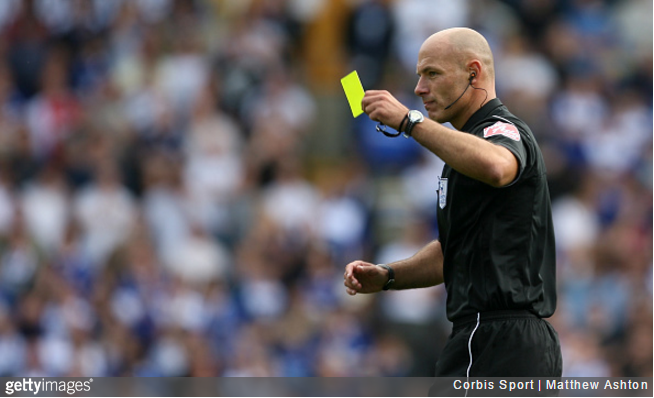 Ex-Premier League referee Howard Webb has claimed there were instances when players would deliberately seek yellow cards to ensure they got out of doing the Christmas shift.

Webb, who retired in 2014 to become the technical director of the Professional Game Match Officials Board, sort of semi-revealed he felt a couple of players had tried to milk intentional bookings out of him in order to rule themselves out over the festive period – the Boxing Day fixture especially.

Asked by BT Sport host James Richardson if a player had ever asked him for a yellow card, Webb replied:

A couple of times around about Christmas time in the Premier League players will want the time off and they’ll say a yellow card might suit my purpose.

It’s not what fans want to hear really.

They probably wouldn’t do anything stupid; a holding offence, kicking the ball away. It’s not really cricket, is it?

Shocking. Truly shocking. Webb should name and shame these cowardly blaggards so we can string them up in the streets and throw root vegetables in their general direction.

Oh, and feel free to insert your own Christmas card joke at this point.