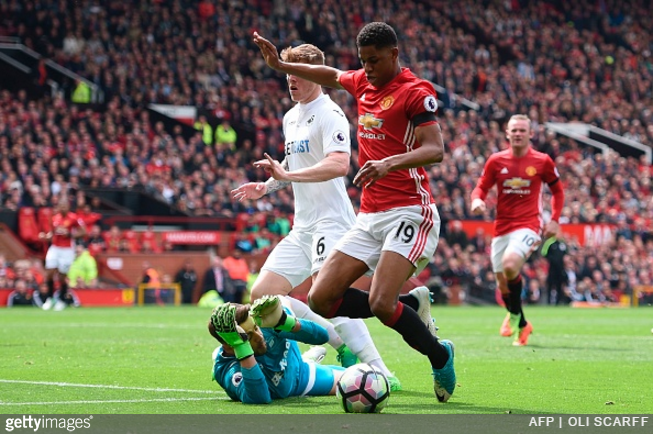 After presumably realising that we’re now at epidemic levels, the FA are set to vote on whether to introduce retrospective bans for players caught diving as of next season.

According to BBC Sport, the FA board are expected to meet today and vote on bringing in the rule change ahead of the 2017/18 campaign.

The Football Association will vote on retrospective action at its annual general meeting on Thursday and is expected to approve the proposal.

Under the proposal being discussed, players will face retrospective suspensions if found guilty of having “deceived the referee and gained an unfair advantage” by an expert panel.

[The] panel would review footage from the weekend each Monday looking for cases of simulation.

Any player unanimously found guilty of diving would be given a suspension.

The FA are apparently cribbing from their Scottish counterparts (the SFA), who introduced a similar system in 2011.

Basically, the SFA have a ‘compliance officer’ who reviews potentially unsporting incidents post-match and determines whether or not a disciplinary notice should be handed to the player(s) in question.

The player then has the choice of either accepting or appealing the notice, with appropriate punishments metered out thereafter.

Ostensibly speaking, severe zero-tolerence punishment could have a dramatic impact on clearing up domestic football, depending how resolutely any law changes are adhered to and administered.

Despite the general ambivalence toward it, diving (and simulation, and engineering contact, and feigning injury, and time-wasting, etc, etc) isn’t clever gamesmanship, nor is it just ‘part of the modern game’ – and never should it blithely be considered as such.

UPDATE: The motion carried. The FA have now confirmed that, as of next season, players found to have “successfully deceived a match official” will be given a two-match ban for their crime.

The FA have issued a statement via their official website to confirm as much:

Where there is clear and overwhelming evidence to suggest a match official has been deceived by an act of simulation, and as a direct result, the offending player’s team has been awarded a penalty and/or an opposing player has been dismissed, The FA will be able to act retrospectively under its Fast Track system.

Let’s see how this pans out, shall we?