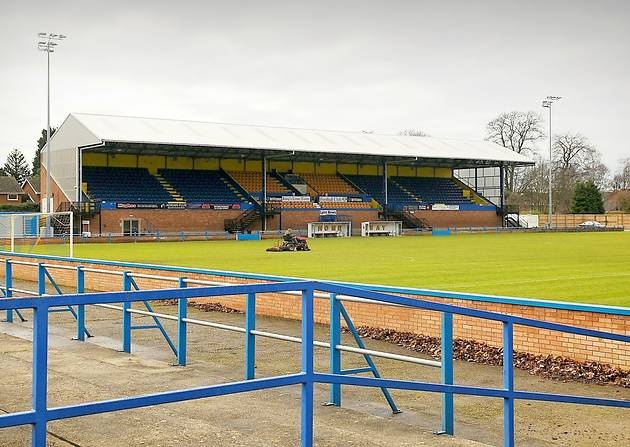 The goalkeeper for non-league side Stocksbridge Park Steels had an eventful time of it during Saturday’s Northern Premier League match away to King’s Lynn Town, what with finding himself both sent-off and partly responsible for saving a man’s life.

Stocksbridge keeper Ben Scott was red-carded just minutes before the end of the game for a dangerous high tackle on King’s Lynn’s striker, but his afternoon’s work was far from over.

As Scott, 29, trudged off the pitch to a hail of jeers from the home supporters, he caught wind that a Kings Lynn fan, reported to be a man in his 70s, had collapsed in the crowd.

Being a staff nurse at Doncaster Royal Infirmary by trade, Scott sprinted down the touchline to tend to the stricken fan and, along with St John Ambulance crew that were on stand-by at the match, helped to stabilise him until the paramedics arrived.

“I started walking off the field, getting a nice bit of abuse as you do, when I noticed a young girl running past me.

“She said, ‘a gentleman’s died’, so I followed her into the crowd and came across the gentleman on the floor. His heart was in an irregular rhythm.”

He added that he and the St John Ambulance crew were able to use a defibrillator to give the collapsed fan a shock which helped return his heart to a normal rhythm.

“It was a fantastic bit of teamwork that gave that gentleman a fighting chance. You’ve got to bear in mind that these guys [St John Ambulance] do it for free – they were fantastic.

“It does put things into perspective – you do realise that football is only a game.”

According to a spokesman for St John Ambulance, the King’s Lynn fan was immediately taken to the Queen Elizabeth Hospital in King’s Lynn for treatment, but has since fully recovered and is now back at home, safe and well.

Surely that’s got to rank up there with the greatest goalkeeping saves ever made?