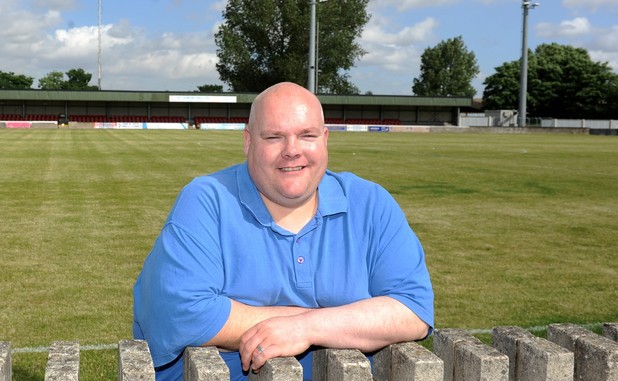 Not only are Brigg Town FC rock bottom of the Northern Counties East Premier Division at the moment, they’re also facing an uncertain financial future after being stung by an unpaid electricity bill from 2010.

Indeed, Brigg – who have a strong claim to being the world’s oldest non-defunct football club, having formed in 1864 – were forced to cancel Wednesday night’s game against Athersley Recreation because they were unable to come up with the money to pay the bill off.

Brigg Town football club bar and facilities are closed for the short term while we sort out electrical problems within the club.

This situation could not have been foreseen and we will endeavour to be open as soon as is realistic.

We apologise for any problems or inconvenience caused.

Chairman Simon Harris insists that Brigg have only just found out about the “substantial” five-year-old debt and is now appealing to Zebras fans to help raise the necessary funds so they can re-open their facilities and getting back to playing football.

This is not just a recent thing, but a historic thing that has been kept away from us.

We have got a huge bill to pay off and we would like the supporters to help us sort it out.

As such, Brigg have started a Crowdfunder page to receive donations as they seek to raise their £1,000 target.

Hopefully it will be reasonably successful because the club has never done anything like this before.

It is nice to see people do care about the football club. Things like this would not be possible without people’s generosity.

My phone has been red hot with messages of support from other clubs, the league and the Football Association all wanting to help us.

We have spoken to the Northern Counties East League and they are happy to help us if we need to move games. They have been fantastic and we can’t fault them.

We want to get the bill paid off as soon as possible and not have it hanging over our heads.

Here’s wishing Brigg Town all the best. They are of historical footballing importance after all.