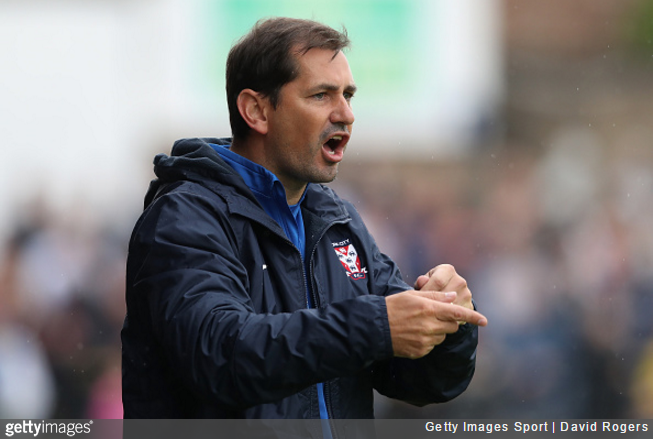 Given that they’ve been abject for ages it’s only a surprise that it’s taken this long, but today Jackie McNamara has been sacked as manager of York City.

With a win ratio of around 18% over his tenure, McNamara has piloted York to 19th place in the National League after their relegation from the Football League last season.

Indeed, without an away win in 13 months amd fresh from a 6-1 trouncing by bottom-of-the-table Guiseley, McNamara took the unprecedented step of publicly giving himself a one-game ultimatum before Saturday’s game against Braintree.

Despite the game ending in a 1-1 draw, today came the call as the Minstermen deciding to relieve the Scot of his duties.

It has been decided, in the best interest of York City Football Club, that Jackie McNamara step down as first team manager.

After purposeful discussions it was agreed that results and performances, in the main, have not been acceptable nor have they achieved the high standards expected.

However, it didn’t take long for McNamara to find himself a new means of gainful employ… as caretaker manager of York City.

In order to assist the managerial transition period and to accommodate a thorough identification, interview and appointment process, the chairman has asked Jackie McNamara to train and prepare the team until a suitable candidate has been determined.

This process should be completed within two weeks.

Utterly baffling. You couldn’t make it up.