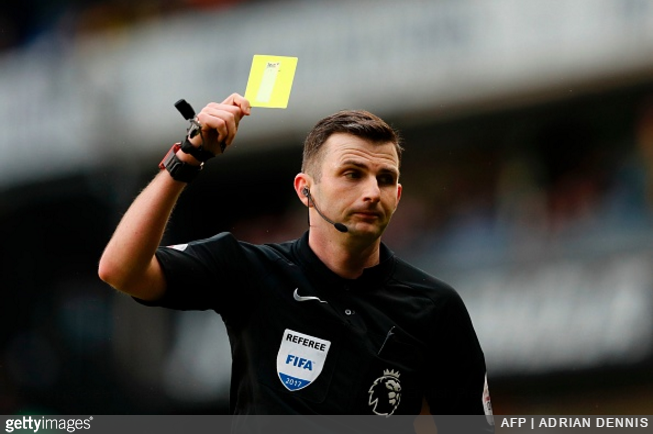 The FA have confirmed that they plan to trial ‘sin bins’ in the lower bouts of the English football league as of next season.

Officially referred to as “temporary dismissals”, the experimental rule change will allow referees to punish players for dissent-related infringements by making them leave the field for 10 minutes.

The sin bins will be implemented in ‘Step Seven’ of the pyramid, i,e. the County Leagues, and all the leagues below that, including Sunday League and both male and female youth football.

According to BBC Sport, over 1,000 clubs were emailed over the weekend asking if they’d be willing to take part in the pilot.

The sweetener being that the FA will waive the standard £10 fine that usually accompanies each yellow card for all clubs participating in the sin bin initiative.

Of course, the idea of introducing sin bins has been floating around for a long time and it’s probably no coincidence that it has come to fruition while David Elleray – a vocal exponent of the idea for many years – is in place as technical director of the International Football Association Board (IFAB).

Ostensibly it’s a perfectly reasonable idea, but we can’t help but feel grassroots referees won’t be overly enamoured at the thought of having yet another potentially tricky law to keep tabs on.

As ever with these things, time will tell.