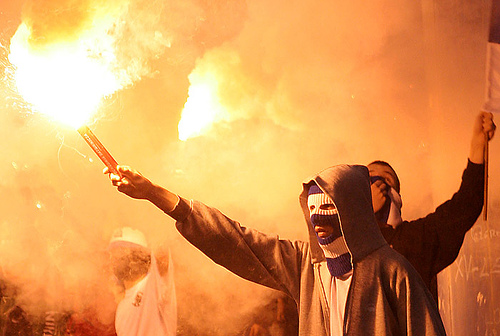 The Euro 2012 qualifier between Italy and Serbia was suspended after less than ten minutes of play due to serious crowd disturbances.

The kick-off had already been delayed by 45 minutes when Serbian fans threw flares onto the pitch and lit fireworks inside Genoa’s Marassi stadium. And once play began, Serbian ultras began to cause trouble again and so Scottish referee Craig Thomson decided to stop the game – it’s the right decision, especially if you believe the many tweets that painted a hardcore minority of Serbian fans as masked troublemakers hell-bent on violence from way before the first whistle.

According to the BBC, the actions of the few Serb fans are likely to result in Italy being awarded a 3-0 win by default. That seems fair, if not on Serbia’s players.

It’s thought that some Serbian fans were in a mood to cause trouble ever since their side lost to Estonia at home last week.

A few pics and a video: 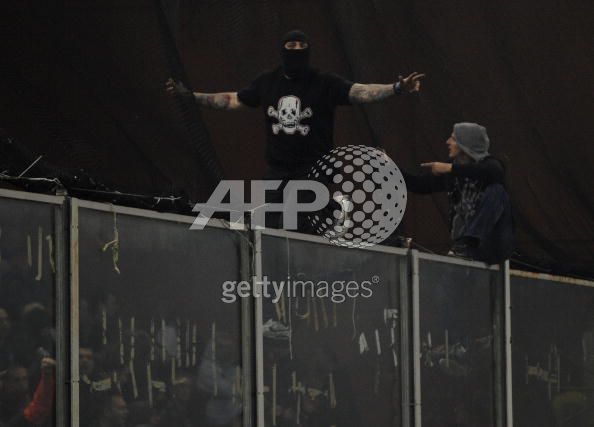 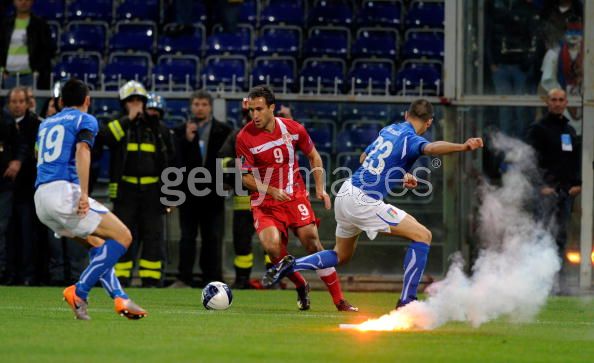 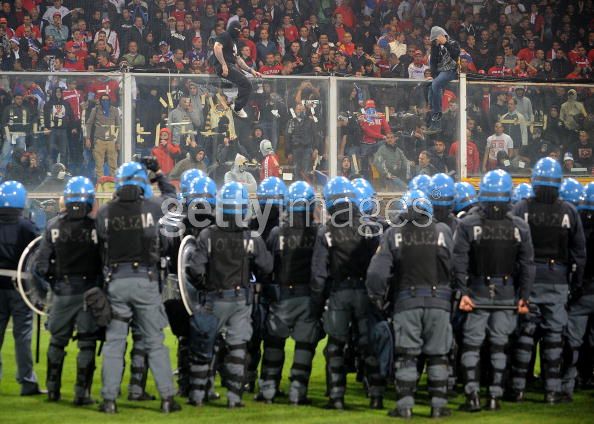 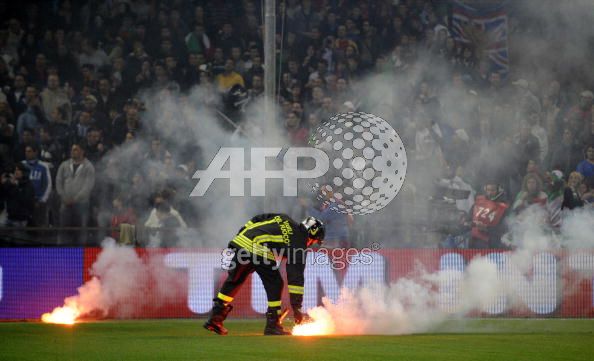