Before Real Madrid 1-0 win against Inter Milan in China on Monday, the local mascots made it very clear which Madrid player they liked the best.

Five of the excited youngsters (one is hidden in the photo above) decided to stand in front of the Portuguese legend, leaving the likes of poor old Toni Kroos looking like a Billy-no-mates. 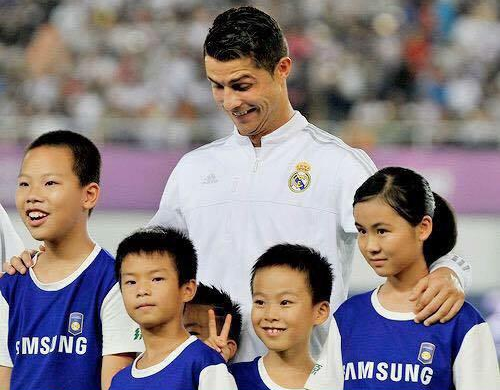 Actually, there seems to have been 19 mascots overall with the Spaniard side (including the one not in the photo), meaning every player should have got at least 1.64 kids each, which makes Kroos’ predicament seems ever more tragic. 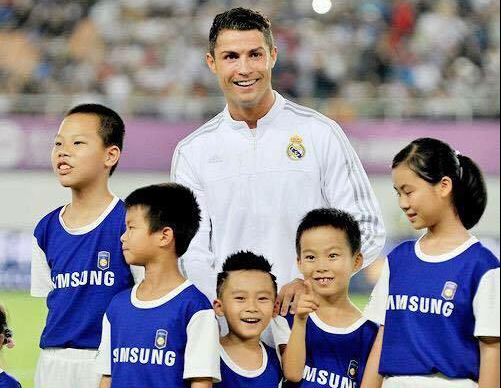 The whole thing actually of a 70s kids’ TV show called Runaround, which was hosted initially by comedian (and future Eastenders star) Mike Reid. In that show, the young contestants had to ‘run around’ and choose where to stand in order to answer a question, just like the Chinese mascots stood by Ronaldo. Although considering it was the seventies, the children may well have been running away from the celebrity guests.

I know we’ve gone off on quite a tangent here, but we don’t care. Here’s a clip of the TV show in question for the more mature among you…