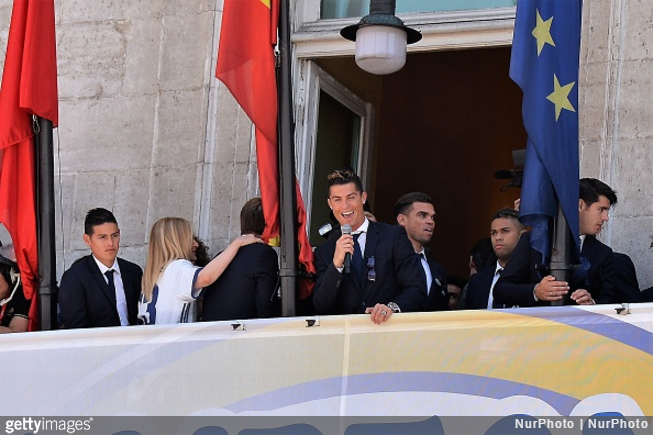 Obviously Real Madrid’s title-winning celebrations got a little out of hand after the team were formally presented as La Liga champions on Monday afternoon.

Indeed, some two days later, Cristiano Ronaldo was found dazed, blank-eyed, entirely unresponsive and in a state of mysterious undress while trapped in a plastic crate in the middle of a busy London thoroughfare.

So…here’s a silicon model of Ronaldo just hanging out off Carnaby Street… pic.twitter.com/YyJKtX2pqL

Asked how he managed to make it from Madrid to a box near Carnaby Street in 48 hours while wearing nothing but his pants, Ronaldo remained tight-lipped as he simply vibrated aggressively.

Poor chap. The relentless pressure to perform has obviously cracked him.

This is his ‘driving to Dundee in his bare feet’ moment.