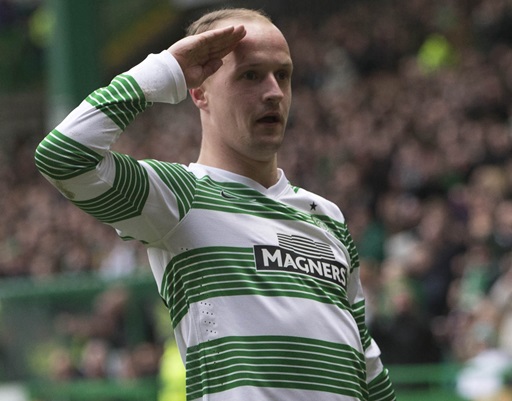 With just a week to go until the big day, a burglary at their home left a family from Edinburgh facing the unenviable chore of having to scrape together the money to re-buy all of their young son’s Christmas presents.

Michael Wright (a season-ticket holder at Hearts) and his flock awoke to find that the games and toys he and his partner had bought their five-year-old son for Christmas had been pilfered overnight by some risible scrotebag.

However, just as the family were beginning to despair about having their Christmas ruined, Wright was contacted completely out of the blue by a Good Samaritan who, in Michael’s own words, “didn’t know him from Adam.”

The Samaritan in question was none other than Celtic striker Leigh Griffiths who, after reading Michael’s post on Facebook, sent him a text message offering to replace all of the presents that he’d had stolen.

It’s worth pointing out that ex-Hibs frontman Griffiths is something of a…shall we say…”divisive” character north of the border, especially in Edinburgh, having stirred controversy on several occasions thanks to his happy knack of getting himself filmed while singing derogatory songs about Hearts and their players.

We’re not saying this little seasonal gesture of goodwill is going to redress that fact any time soon, but it’s a bloody good start!