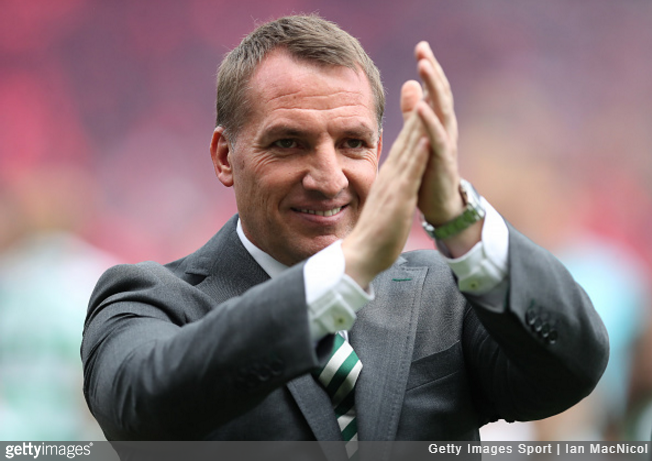 Many Celtic fans were puzzled to see a new, unfamiliar name on the teamsheet for Wednesday’s pre-season friendly against Austrian side BW Linz.

Actually, perhaps ‘unfamiliar’ isn’t an entirely accurate description, as the surname in question was one shared by their manager, Brendan Rodgers.

Indeed, Anton Rodgers, the boss’s 24-year-old son, emerged from the bench at half-time, raising several quizzical eyebrows as he entered the fray…

The standard chorus of mockery accompanied Rodgers’ substitution, with jokes about favouritism/nepotism abound on social media.

However, Anton promptly defied derision by playing rather well in a 1-0 victory with his father left to clear up the lingering doubt surrounding his decision to call in his son for the match.

Totally agree… He’ll not sign him but he should if he plays like he did in the other pre season games imo. #Celtic #AntonRodgers

Turns out Anton was released by Swindon at the end of last season, and, in a bid to maintain his fitness levels, had been invited by his old man to train with Celtic while he finds a new club – nothing more, nothing less.

Anton has come with us over the course of the last week or so just to get fit really. His season won’t start down in England for another week or so. So I had asked him to come in, he was capable.

We had a few injuries to our midfield players […] so I know he can play.

He’s technically very gifted, he’s got a good view of the game and he can come in and slot in with the players and he did that and I thought he did well.

That’s about the long and short of it really.