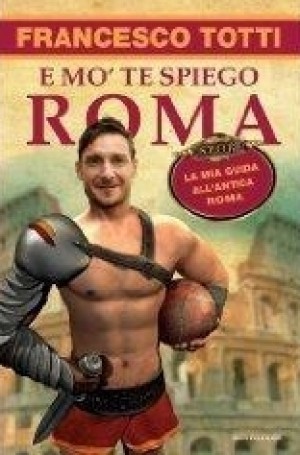 According to the Italian media, Francesco Totti is on the eve of launching his very own city guide, in good old-fashioned book form, to his beloved home – entitled ‘E mo te spiego Roma’, which, near as we can fathom, translates as ‘Let’s Talk About Rome’ or thereabouts.

Said Totti: “The city of Rome is so beautiful, so I said “I’m going to write a little something.” The foreign players that go into the city are always taken aback because of the beauty of our monuments.”

Totti’s guide is apparently €12 to you and me, for which you get 144 pages of information on the Eternal City’s “history, mythology, monuments, traditional cuisine and the idioms of the Romans, as seen through Totti’s eyes and told with irony and humour,” as well as a rather wonderful mock-up of our Franny in full Gladiator regalia on the cover.