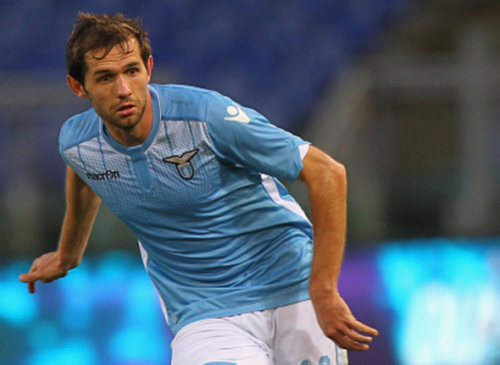 If reports emanating from Italy are to be believed, it looks as though Lazio midfielder Senad Lulic is set for a pretty grim period of recovery over Christmas after doing himself a significant mischief in a freak gym accident.

BeIN Sports have it that the Bosnian international is “risking finger amputation” after injuring his hand, presumably after getting it trapped in a piece of equipment.

This coming after Lazio themselves confirmed Lulic underwent surgery on Wednesday morning to repair the fourth finger on his right hand and repair the fracture to the third finger on the same hand.

Lulic is thought to have lost the top of his finger, though no further details of the incident have been made available. Any road up, he’s not expected to return to football until the new year.

Bummer, and with such spectacularly poor timing. Here’s wishing him a speedy recovery.