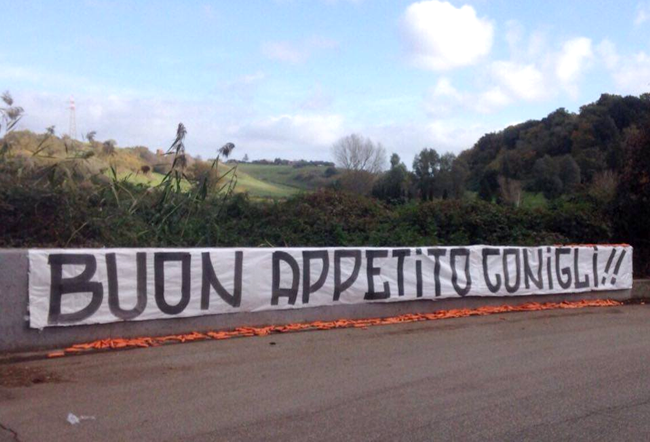 Following the recent lead of their cross-city Roma counterparts, a gaggle of irked Lazio fans have opted to take the literal route to demonstrate their displeasure at the current state of affairs at the club following a string of less-than-stellar results.

As reported by Serie A specialist James Horncastle, supporters dumped a pile of large bags of manure outside Lazio’s Formello training headquarters on Friday morning to greet the players on their emergence – the message being rather self-explanatory…

Another protest in Rome. This time at #Lazio. Sacks of manure left outside Formello. The team is in the proverbial pic.twitter.com/haBBNdrFsL

Football Italia add that the ten sacks were accompanied by a banner reading: “You want to make us drown in sh*t. But first we want to make you eat it.”