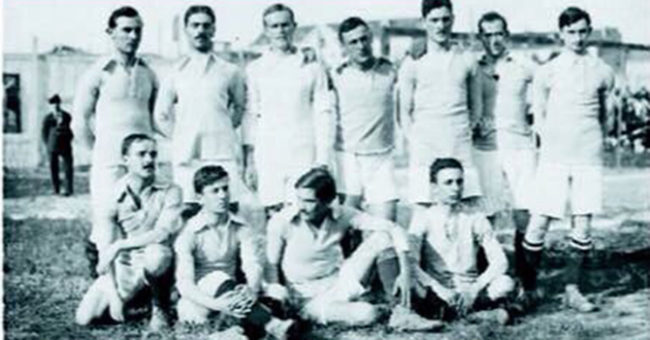 Lazio could wind up winning their third Italian championship if an investigation into the outcome of the 1914/15 season finds in their favour.

The Italian Football Federation (FIGC) have commissioned a report into the 1914/15 Scudetto after thousands of Lazio fans signed an online petition calling for the final league table to be recalculated.

Lazio were scheduled to play Genoa in an end-of-season final to determine the league winner but the game was scuttled due to the outbreak of World War I.

Genoa were then awarded the championship after the end of the war in 1919 (solely as they were considered the better side and therefore would’ve probably won the match), but 33,000 aforementioned Lazio fans are hoping to see the honour be formally shared.

“It is a legitimate Scudetto,” said Lazio president Claudio Lotito. “It was taken away from us by the war.”

The FIGC are set to announce their decision on 4th August, and it seems highly likely that Lazio will be given their third Serie A title, thus bringing them level with eternal inter-city rivals Roma.

We’re sure that’ll go down well on the Giallorossi-coloured side of the split.

Also, nice to see Lazio enjoying a little (if mostly inconsequential) good news for a change.