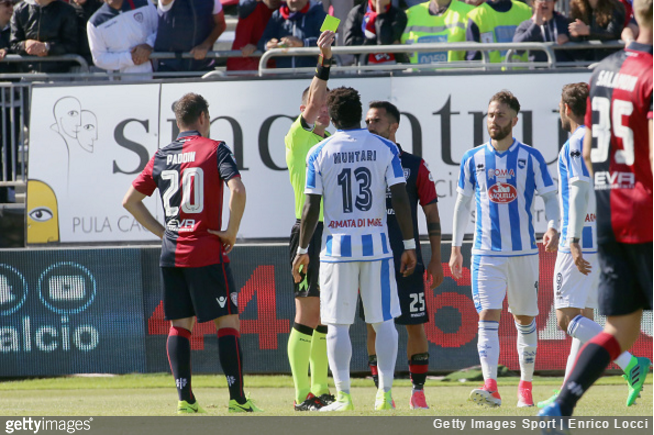 The Sulley Muntari debacle has concluded in suitably ridiculous fashion after the Pescara midfielder was handed a one-match ban for protesting against the racist abuse he received during a recent game against Cagliari.

Muntari was originally booked for asking the referee to stop the match, then shown a second yellow for walking off the pitch in the 89th minute having been abused by a group of Cagliari fans for the majority of the match.

Turns out, according to the Serie A disciplinary committee (via BBC Sport), Muntari wasn’t racially abused enough to warrant his actions.

The Serie A disciplinary committee agreed their actions were “deplorable” but said its guidelines meant it could not impose sanctions as only “approximately 10” supporters were involved – fewer than 1% of the Cagliari supporters in the ground.

Capiche? Turns out you only have grounds to be upset if a decent percentage of the audience are racially abusing you. Nice to know where Serie A draw the line.