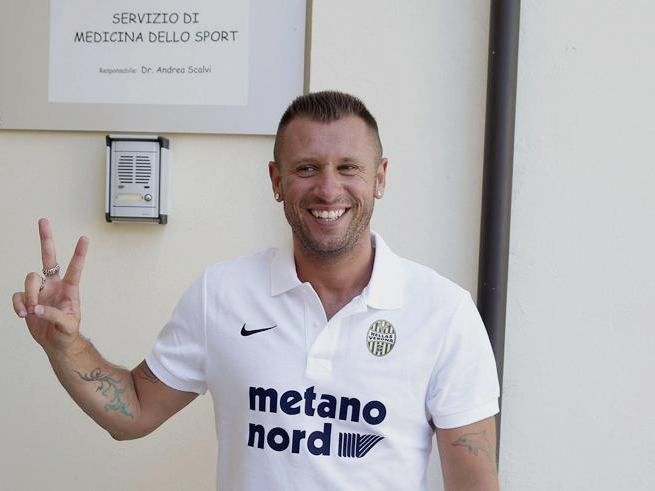 The last time we checked in on him, Antonio Cassano had retired, un-retired and then swiftly retired again, all in the space of a week or so.

The veteran loose cannon originally signed for Hellas Verona on 11th July only to welch on the deal and retire from football eight days later.

Well, another week has now passed and Cassano appears to have changed his mind once again, hinting that, while his brief but glorious stint with Verona is definitely finito, he may be willing to drag himself back out of retirement should the right offer fall in his lap.

Speaking to La Stampa (via Football Italia), the 35-year-old said:

In life, it happens that you have second thoughts over certain things, but if I do it I’m crazy!

At Verona, the spark wasn’t there and I told everyone that it was better for me to stop instead of dragging the thing on.

My decision was based on homesickness, but it was also a matter of feeling. My wife, however, was willing to follow me anywhere.

Cassano revealed that he could see himself being dragged out of retirement to play for Genoa or Serie B side Virtus Entella.

Entella would be a great challenge, to go for the miracle of (promotion to) Serie A. My relationship with [President Antonio] Gozzi is great.

Genoa? I’ve known [President Enrico] Preziosi for a long time. I rate [head coach Ivan] Juric, he has fire in his belly.

As ever with Fantantonio, we advise that you stay tuned…