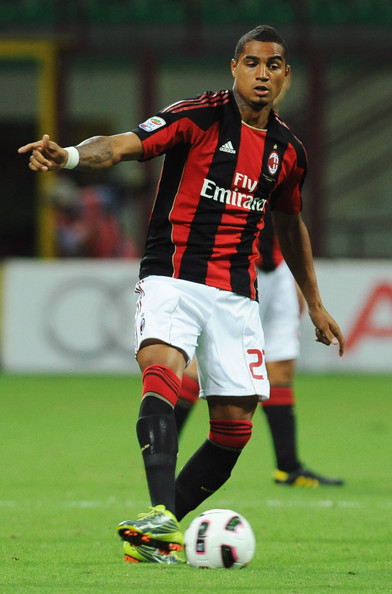 Ghanaian midfielder Kevin-Prince Boateng has admitted that he is loving life at his new club AC Milan, after joining them on an initial one-season loan deal from Genoa (the contract has now been updated to ‘co-ownership’ status) just days after leaving Portsmouth for the Serie A.

The former Portsmouth player has quickly become a favourite at the San Siro thanks to his tireless running and is already a fixture in coach Massimiliano Allegri‘s first-team plans.

“The fans immediately understood my efforts on the field and the moment I stepped on to the pitch I heard them shouting my name. It was an exceptional feeling, I’ve come close to scoring my first goal but I’m sure it will come soon.”

The 23-year-old also revealed that he has been bestowed with a new nickname by his Milan teammates,  ‘il treno senza freni’ – the train without brakes;

“Thiago Silva gave me that name after the first game I played with Milan. I also get along well with Zlatan Ibrahimovic, as we joke around and I hope one day a beautiful friendship can come of it.”

A word of warning Kevin, you should NEVER turn your back on the Zlatan.