Now for something a little different…

Corinthians have announced that their players will pay tribute to legendary Formula 1 driver Ayrton Senna before Wednesday evening’s cup tie against Nacional-AM by taking to the pitch for the pre-game line-ups wearing replica’s of Senna’s famous crash helmet, adorned in the colours of the Brazilian flag. 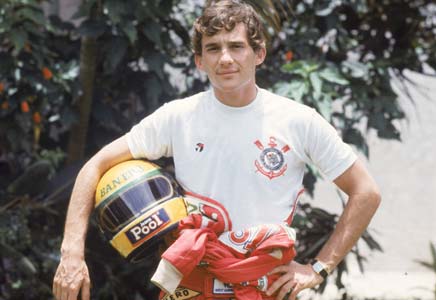 Senna, who was said to be a supporter of the Sao Paulo-based club despite not being much of a football fan, died on 1st May 1994 after crashing into a concrete wall at the San Marino Grand Prix in Imola, with Corinthians choosing to mark the 20th anniversary of his tragic passing in fitting style.