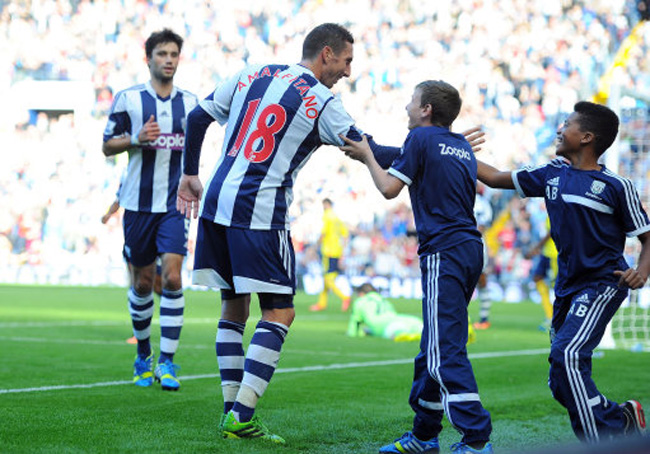 As it so often the case, an old boy came back to score against his former club on Saturday, this time in the form of ex-Sunderland attacker Stephane Sessegnon. The gifted forward opened the scoring at the Hawthorns as the home side coasted to a win which heaps more pressure on Black Cats’ boss Paulo Di Canio.

Adam Johnson and Steven Fletcher both went close for the visitors but ultimately it was the Baggies who would score again, when first Lai m Ridgewell and then new-boy Morgan Amalfitano score late on to condemn Sunderland to their fourth defeat of the new league season.

Di Canio went onto the pitch after the game to talk to the travelling Sunderland fans but one wonders if the outspoken Italian will be first manager to get the chop in the top tier this season.