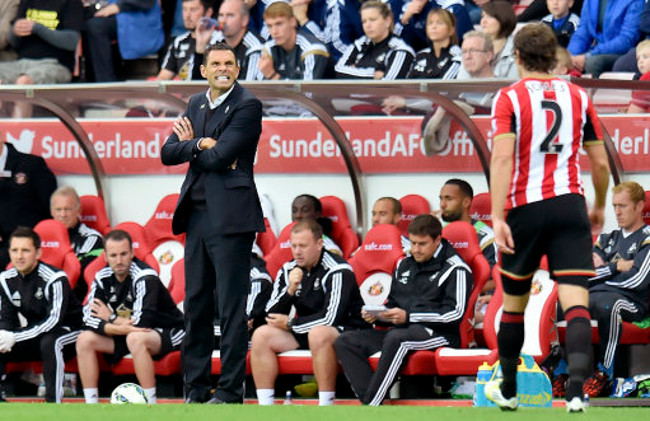 Sunderland made it five draws from their first six Premier League games after a rather dour 0-0 clash with Swansea.

Decent chances were few and far between in this game although Sunderland did go close late courtesy of an effort from sub Steven Fletcher. Those goal attempts came after Angel Rangel had been sent off for a second yellow but overall both Garry Monk and Gus Poyet would have to be happy with a point each.

The Swans stay fifth while the Black Cats are 15th.