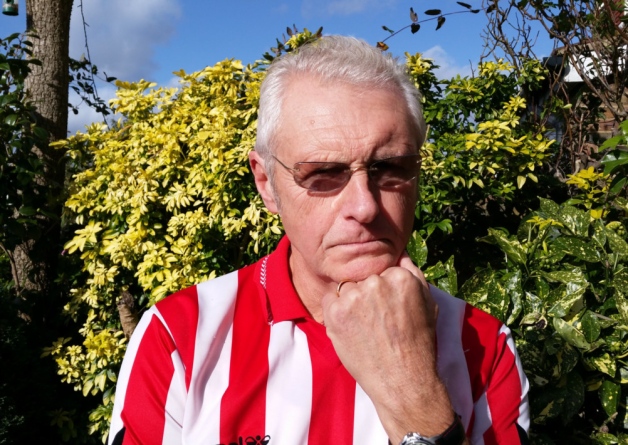 Sun’lan fan Cass Farrar: Proud owner of one of football’s most depressing hat-tricks

It’s little wonder he looks so glum, for this man is Sunderland fan Cass Farrar and not only did he make the trip to watch the Black Cats get neutered by Southampton at the weekend, but he’s also been present on the two other occasions his beloved side have been obliterated by an 8-0 scoreline.

Farrar, now 69, has been a Sunderland supporter since his youth, and has travelled the length and breadth of the land to watch his side play – though the long-haul slog to St Mary’s made it the third time he has seen his club succumb to such devastation.

Originally from the north east, Cass now lives in Greenwich and as such is a long-standing member of the London branch of the Sunderland Supporters’ Association – though he’d only been living in the capital for a a couple of years when he first saw his team lose 8-0 against West Ham at Upton Park in October of 1968. 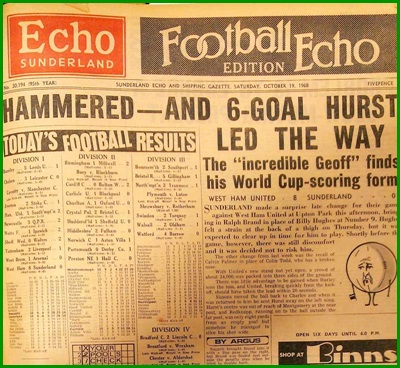 Several years later in September of 1982, Cass made the short journey up to Watford to watch Sunderland get destroyed once again – Luther Bissett helping himself to a four-goal haul as the Hornets spanked their guests at Vicarage Road… 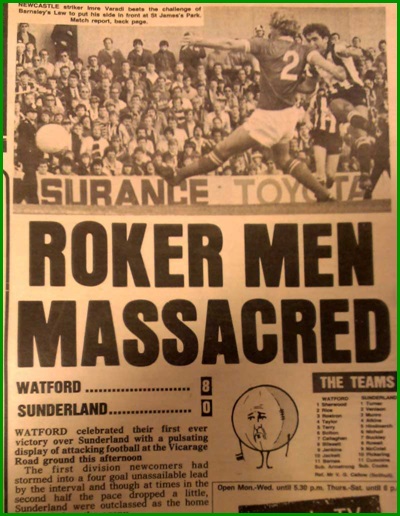 Speaking to the Sunderland Echo after the Southampton debacle, Cass said that he remains unperturbed and will continue to support his boyhood team through thick and thin.

“Some of these dafties, some of them send in letters to the Echo,” he said.

“You get people who say ‘I’m never going again’ and I just think, what are you talking about?

“I’ve already got my ticket for Crystal Palace. I’ll be going!”

Daft as a brush, but then aren’t we all?