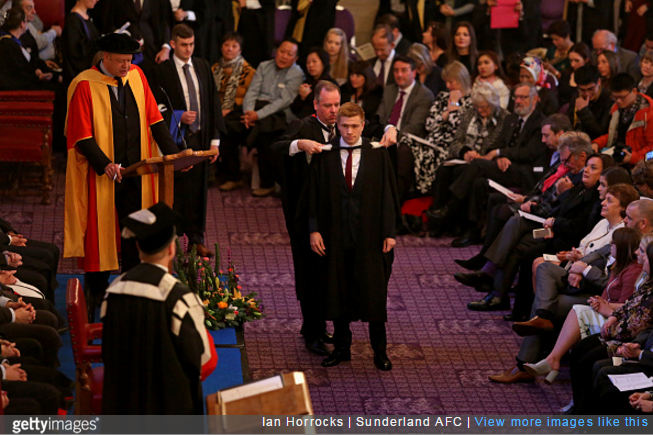 Having only recently forced his way into the first-team reckoning at Sunderland, young Duncan Watmore has also gone and completed his 2015 in style by graduating from Newcastle University with a first-class honours degree in economics and business management.

The 21-year-old striker started his degree at Manchester University while playing non-league football with Altrincham, but switched to Newcastle University after joining Sunderland’s youth ranks in 2013.

Two years on down the line, he’s got that sucker in the bag…

And with that, Watmore becomes only the second ever Premier League player to graduate with a first-class degree.

The first? Former Leeds and Bradford defender David Wetherall, who graduated with a degree in chemistry from Sheffield University in 1992.