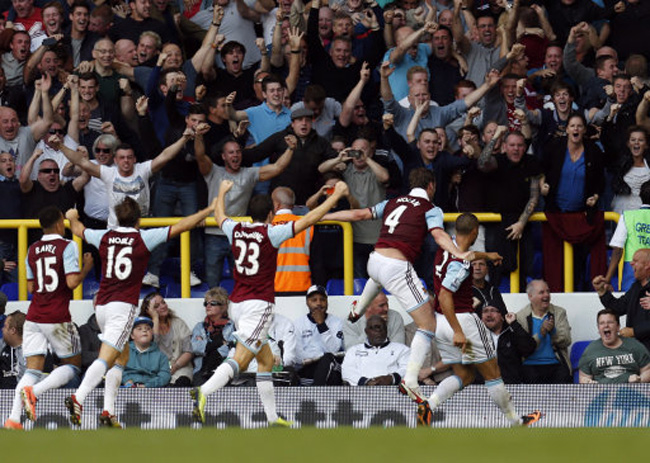 Few would have predicted this result, with high-flying Spurs even touted as potential title-winners this season. However, at White Hart Lane on Sunday, the home side were well beaten by West Ham despite having most of the possession.

The Hammers’ three goals all came after the break, from Winston Reid, Ricardo Vaz Te and Ravel Morrison. And it was the superb solo effort from ex-Man Utd bad-boy Morrison which was the real icing on the cake for the eastenders, with the attacker running at the Spurs defence before finishing superbly.

Andros Townsend was the brightest of the Lilywhites, but despite his incisive dribbling, the home side struggled to create enough decent chances, leaving West Ham to secure a shock yet deserved win.