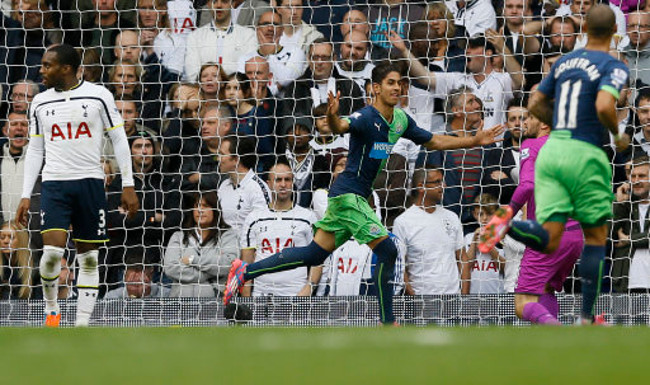 After a first-half where the hosts were far superior and well worth their one-goal advantage, visitors Newcastle fought back to produce a fine second-half display which ultimately earned them their second win in a row.

Emmanuel Adebayor was the goal-scorer for Spurs, netting on 18 minutes as the Lilywhites dominated possession. However, despite seeing a lot of the ball, the north Londoners struggled to create enough chances and that failure to make their dominance count would come back to haunt them after the break.

Eager to see his side produce more in the second-half, Alan Pardew sent on both Sammy Ameobi and Remy Cabella at half-time and it was those two players who would engineer the comeback win. Straight from the re-start, gangly wideman Ameobi latched on to a fine Jack Colback pass before firing past Hugo Lloris. Then, just before the hour-mark, things got even worse for the home side, when  Cabella crossed for Ayoze Perez to make it 2-1.

Stunned by those two goals, Mauricio Pochettino’s men couldn’t get themselves back into the game, leaving the Magpies to take all three points back to the north-east.

Spurs go 11th, a point ahead of 14th ranked Newcastle.