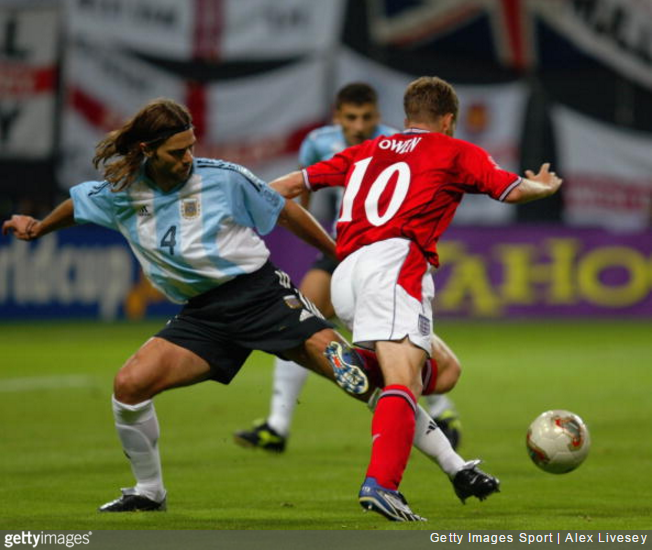 While his English has come on leaps and bounds since his arrival in the Premier League a couple of years ago, there is one thing Tottenham boss Mauricio Pochettino still refuses to discuss in any language.

Harry Kane has revealed that his manager will happily chat about any subject bar one: *that* tangle with Michael Owen at the 2002 World Cup.

Back when he looked like the bassist in a Californian jam band, Pochettino lined up in the Argentinian back four for their group stage game against England in Sapporo.

Shortly before half-time, Owen darted into the box and proceeded to vault over Poch’s outstretched leg to win England a controversial penalty. David Beckham duly stepped up and rammed the spot-kick home to score the only goal of the game.

England ended up qualifying for the next round. Argentina fell at the first hurdle.

Asked about his memories of his manager as a player, Kane told Sport Magazine that the incident is still very much a sore subject.

The 2002 World Cup was the first one. I remember the England-Argentina game. Pochettino brought Michael Owen down for the penalty that Beckham put away.

He absolutely hates that. Someone brought it up recently. He didn’t find it funny.

To be perfectly honest, we’d probably still be livid 14 years on too. Diving little git.