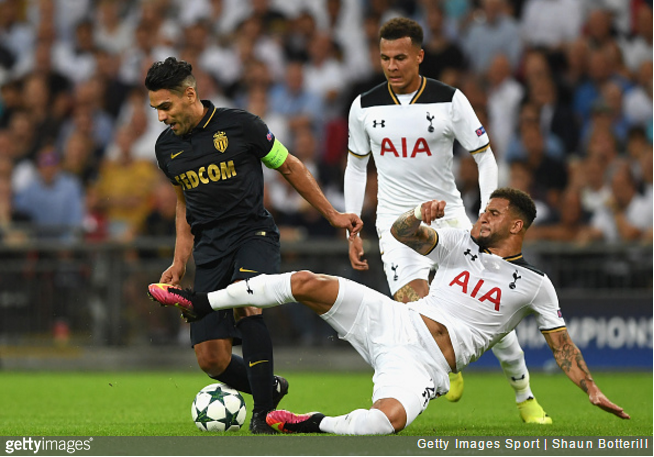 Because Tottenham’s official Twitter account don’t have the rights to use the Champions League anthem, they decided to have Kyle Walker sing it for them ahead of their group stage opener against Monaco last night.

The big game at Wembley didn’t exactly go well for Spurs (they lost 2-1 in front of an English record crowd) though the performance looked like a tour de force compared to Walker’s full-bodied but almost completely tuneless rendition.

That said, his grasp of the lyrics was and is fairly impressive…

🎶 We don’t have rights to use the @ChampionsLeague music so we asked @kylewalker2 to give it a go… 😂😂😂 🎶 pic.twitter.com/ub1TlX16FN

The day job. Don’t give it up.