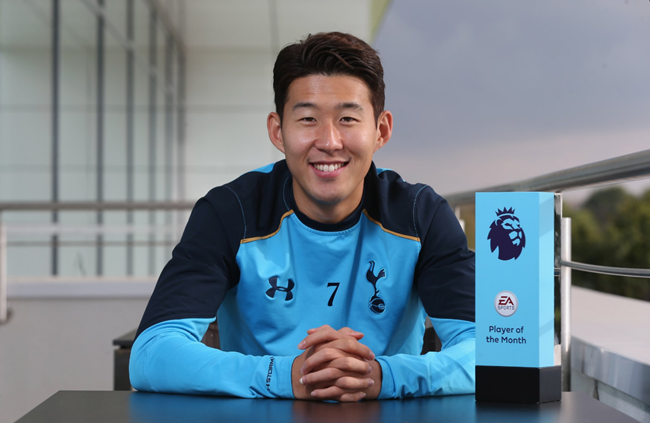 Congratulations are due to Heung-min Son who, after a rollicking few weeks for Tottenham, has been bestowed with the Premier League ‘Player of the Month’ award for September.

After enduring a patchy debut season last time out, Son came raring out of the blocks this season – scoring four goals over the course of September to help Spurs on their ascent to second in the table.

The 24-year-old South Korean international also becomes the first ever player of Asian descent to win the award, so that’s an extra little bit of awesome to be going on with.