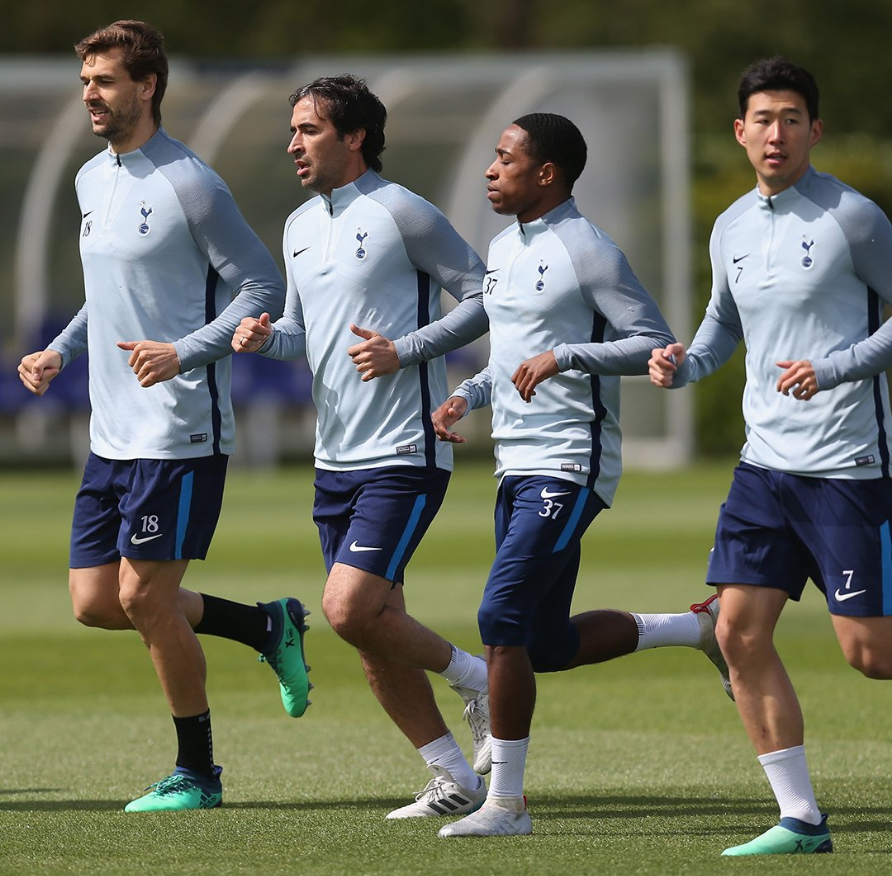 Tottenham were graced with a little added dash of star power when a bona fide Real Madrid legend mucked in with the rest of the rabble during their Thursday afternoon training session.

As part of his UEFA professional coaching badge coursework, none other than Raul Gonzalez was spotted limbering up with the squad at the Tottenham Training Centre.

In what quickly becomes an even odder line-up the more you study it, the six-time La Liga winner was snapped jogging in formation with Fernando Llorente, Son Heung-Min and Kyle Walker-Peters…

We welcomed legendary Spanish striker @RaulGonzalez to Hotspur Way today, who took in training as part of his professional coaching badges. pic.twitter.com/YUYKf33bXG

There’s a couple to add to the photos of Diego Maradona wearing a Spurs kit.

He may be pushing 41, but let’s face it, Mauricio Pochettino could definitely do worse than start tapping Senor Gonzalez Blanco up for next season.