All you need to know about Tottenham’s latest transfer target 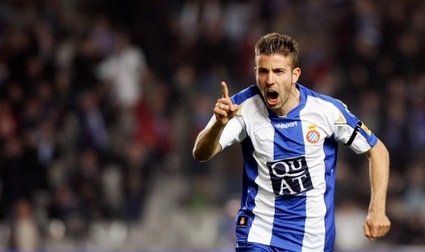 Name Luis Garcia (not to be confused with the player who sucks his thumb and used to play for Liverpool)
Age 27
Nationality Spanish
Club history Real Murcia, Mallorca, Espanyol (current)
Position Centre-forward.

Is he any good? Juande Ramos, who will have had a good look at him when he was in Spain, seems to think so. Garcia was Espanyol’s top scorer in the Primera Liga last season with 13 goals. He prefers to play on the left, just off a main striker. With the news that Robbie Keane – who also likes to play in that second striker role – is a definite Liverpool target, could Garcia be the man chosen by Spurs to replace the Irishman? The media suggests that Garcia will come to White Hart Lane for around Â£9.5m.
YouTube evidence

Pies verdict Looks good, would be a handy addition to Tottenham’s squad. But he’s not quite good enough to replace Robbie Keane, in my opinion.
Have your say…