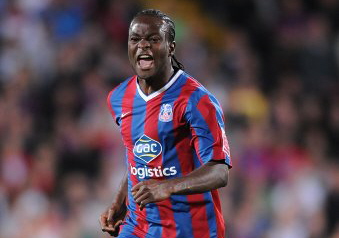 Rumour No. 1: Crystal Palace prodigy Victor Moses is a wanted man. His name has been continually linked with a host of teams over the past few weeks, with Barcelona, Hoffenheim, Tottenham and Liverpool all being touted as possible destinations, but it now appears a firm bid (or two) has been made for the striker.

Nottingham Forest have stepped up their pursuit for Moses by tabling a £3 million bid, which is hoped will tempt cash-strapped Palace into selling one of thier most prized assets. Forest boss Billy Davies seems eager to add to his well-stocked roster of attacking talent and a move for Moses would certainly be a coup for The Reds given the calibre of teams the 19 year old has been linked with already.

However, rich Man City are believed to have trumped Forest with a £3.5 million bid for Moses. It is being reported that City will look to loan the young forward out as soon as his signature is confirmed, with West Brom looking like the most likely candidates for The Citizens’ charity. 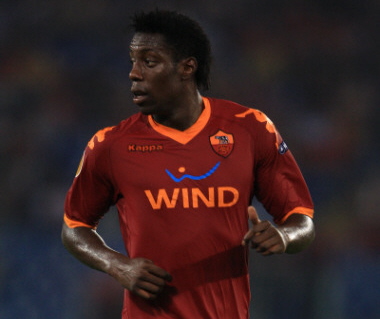 Okaka has had his head turned by Fulham

Rumour No. 2: Fulham and Roma have provisionally completed a loan deal for striker Stefano Okaka. If the Italy U-21 international agrees personal terms with The Cottagers then a six-month deal will go through tomorrow.

Okaka was said to have been initially unwilling to leave Roma but the announcement of the signing of Luca Toni seems to have forced the promising youngster to reassess his options at the Stadio Olimpico.

If the 20 year old signs then he will provide cover for Fulham’s sidelined top scorer Bobby Zamora, who dislocated his collarbone in the defeat at Stoke last week.

The Best of the Rest: Birmingham have told Gary McSheffrey he is free to leave the club. Alex McLeish is willing to listen to any offers for the former Coventry City winger.

Galatasaray are willing to give Tottenham outcast Roman Pavlyuchenko a new lease of life in Turkey.

Liverpool boss Rafa Benitez is interested in acquiring the services of Man City defender Nedum Onuoha on loan for the remainder of the season. However the England U21 international is currently deputising for Kolo Toure, who is away at The African Cup of Nations, so City are unlikely to allow him to leave during the transfer window.

Benfica’s Nuno Gomes, AS Monaco’s Eidur Gudjohnsen and Zenit St. Petersburg’s Sergei Kornilenko are said to be on West Ham’s January wish list as Gianfranco Zola is keen to recruit another striker.

Sunderland are on the brink of bringing Club America’s portly striker Salvador Cabanas to the club. The Paraguayan forward will provide competition for Darren Bent, Kenwyne Jones and, if you’re feeling generous, Frazier Campbell at the Stadium Of Light.

Fernando Gago has again quashed talks that he wants to leave Real Madrid. The former Boca Juniors midfielder has been linked with Man City and Inter Milan recently but has, once more, reaffirmed his desire to stay at the Bernabeu.