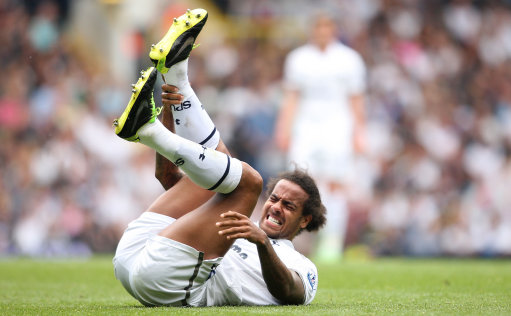 The ‘Preparation H’ Hull City Tigers Extreme Soccer Club Franchise have pulled off a bit of a coup with the signing of Tom Huddlestone from Tottenham this afternoon for what is reported to be a club record fee of £5.25million.

We say “coup” in so far as a couple of more established top flight clubs were supposedly sniffing around T-Hudd this summer – namely Fulham, Sunderland and Stoke – so for a newly-promoted club to waft off that kind of competition is a fairly impressive feat.

It became painfully obvious last season that Huddlestone is just too slow and ponderous in possession to warrant a berth in Spurs’ exciting new Bale-powered “hell for leather” attacking set-up, but Hull are no doubt getting themselves a decent midfielder with smooth technique and an eye for a raked pass.

First things first though, they should put him on penalty duty as soon as he arrives so he can finally take the secateurs to that increasingly errant shrubbery on his head.

Word is that Jake Livermore is also close to joining the Tigers from Spurs on a season-logn loan too, so, y’know – more power to them.