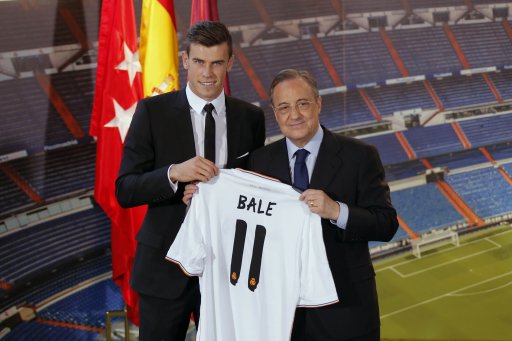 You see, there was a time when the Saints would’ve been contractually entitled to a quarter of the £85.4million (€100.9million) that Real Madrid slung Tottenham’s way in return for Bale thanks to a 25% sell-on clause which was inserted in the Welshman’s contract when he moved from St Mary’s to Spurs in 2007 for an eventual £7million.

Unfortunately for Southampton, they allowed Spurs to buy themselves out of certain elements of Bale’s contract (including the sell-on clause) for a lump sum of somewhere between £2-3million when the club found themselves short on cash just a year later.

And that, kiddiwinks, is how Southampton missed out on £21.3million yesterday!

However, it’s not all doom and gloom. The Saints were allowed to cherry-pick Spurs’ youth team keeper Tommy Forecast as part of the Bale buy-out bargain. Five years later, he’s now playing for Chelmsford City in the Conference South. He made no first-team appearances for Southampton.

Hindsight can be a cruel, cruel mistress.