We’re a day or so late on the uptake here, but many congratulations to Anton Ferdinand who, at the age of 29, has sealed his dream move to the Thai Premier League after signing for Police United… 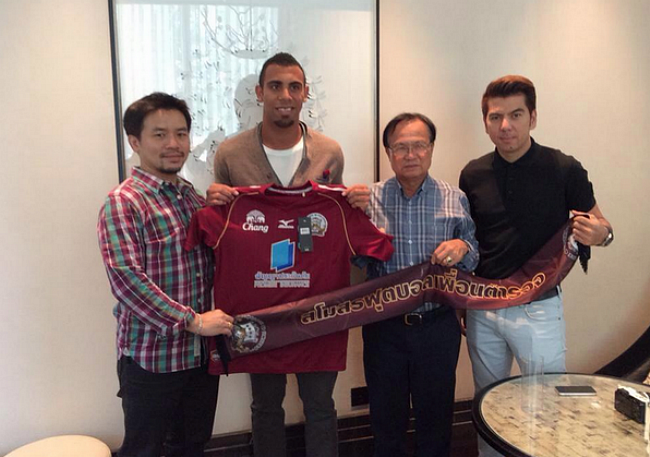 But wait! Despite the photo above of Anton Ferdinand clearly being unveiled as a Police United player, the man himself has denied he’s joined anybody.

Ferdinand the younger signed a three-year deal with Turkish club Antalyaspor last August but has only made three appearances since then, with the club being relegated from the Super Lig in the meanwhile.

After posing with Police United officials and suckering the world into thinking he’d move to Thailand, the former QPR defender then emitted a couple of Tweets yesterday to deny that he’d signed for anyone and that he is currently assessing the advances of several potential suitors…

For the record I haven’t signed for anybody, still have a lot of options to explore. Watch this space…. Passport at the ready!

So, in short: who knows and, dare we say, who cares?