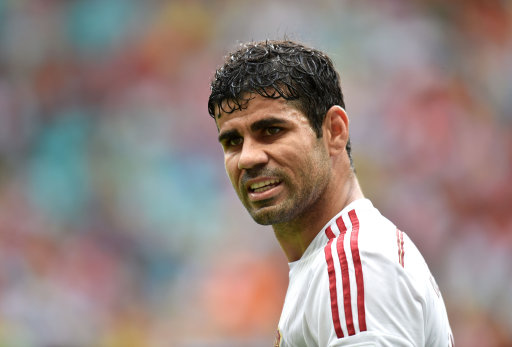 Slowly but surely, Diego Costa is edging his way toward Chelsea with today’s update being the confirmation that the Blues have officially met the Spazilian striker’s €40million (approx. £32million) buy-out clause at Atletico Madrid.

A statement on the official Chelsea site reads thus:

“COSTA AGREEMENT REACHED: Chelsea…can confirm an agreement has been reached with Atletico Madrid for the transfer of Diego Costa, with Chelsea meeting the buy-out clause for the Spanish international.”

Maybe we’re just tainted cynics, but does anyone else have the sneaking feeling that Costa is going to be an immense let-down at Stamford Bridge?

He’s got “one-season wonder” written all over him.