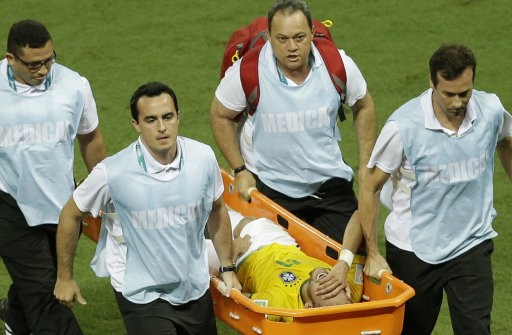 It’s all a bit spurious, but there are reports emanating from Brazil suggesting that medical professionals have claimed Neymar came “within inches” of potentially being paralysed by Juan Zuniga’s knee last night.

Neymar was stretchered off the pitch and taken straight to hospital following the incident, with Brazil’s team doctor  Rodrigo Lasmar later confirming that the forward would play no further part in the World Cup.

As previously mentioned today, Zuniga has since become Public Enemy No.1 in Brazil for knackering their young superstar – with plenty of malicious threats being aimed his way in the various social media circles, despite publicly offering a prayer to his hospitalised opponent after the game.

“On the pitch I’m defending my shirt, my country, but I didn’t expect him to fracture a vertebrae. He is a great talent for Brazil and for the world.”

“It’s a normal action, I tried to shadow him. I was not thinking of hurting him. I was defending my country’s colours.” 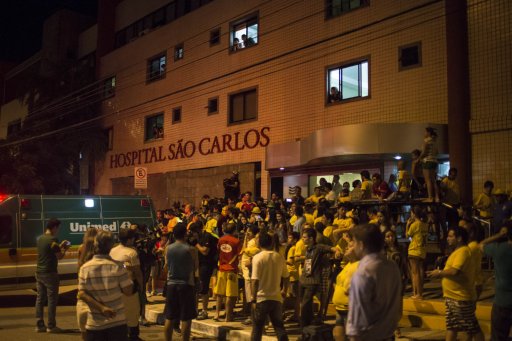 The sense of injustice and resentment was stoked this morning when images of Neymar’s hospital x-ray began to circulate, with doctors reportedly postulating that, had Zuniga’s knee landed an inch higher on Neymar’s spine, the Barcelona forward may well have been left paralysed… 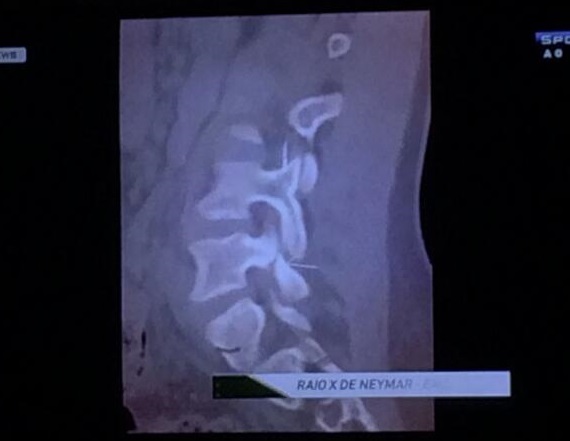 In fairness, we have no idea what we’re looking at here, but we can’t help but feel that raking over hypothetical worse-case-scenarios is going to do anybody any good.