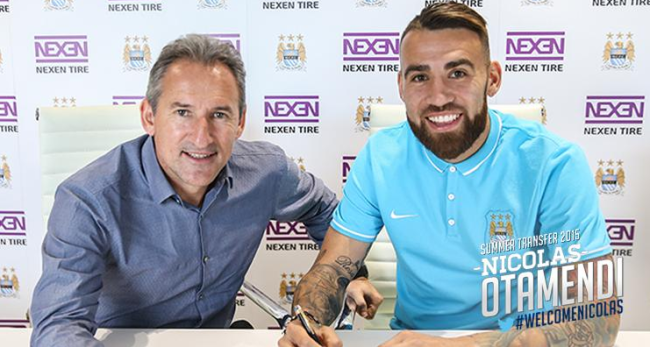 The deal is done. After seemingly being bound for Manchester United for 9/10ths of the summer, Nicolas Otamendi is now officially a Manchester City player.

That little yarn is beginning to have a familiar ring to it at the moment, no?

Any road up, the Argentinian international defender has signed a five-year deal at City and joins from Valencia for a fee of €45million (approx £31.7million).

For what it’s worth, City have announced that Otamendi will wear the No.30 shirt this season.