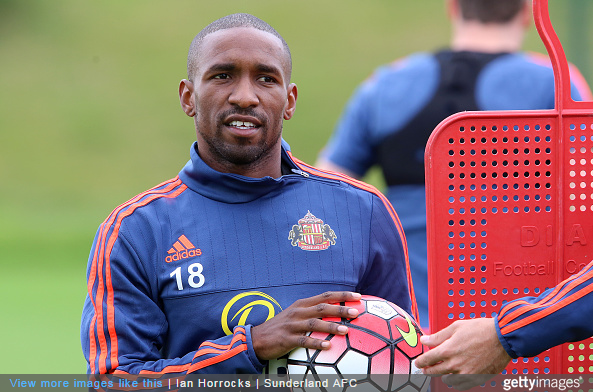 The rumour mill whispers that Jermain Defoe wants to quit Sunderland, with Bournemouth reportedly keen to renew a relationship that bore fruit when the player was a West Ham loanee. Defoe says that’s nonsense. He’s been talking with the press…

I have never done that. If you speak to any manager I have played for — Harry Redknapp, André Villas-Boas, Fabio Capello — not once have I stormed into their office. I am not one of those players.

On Commitment To The Cause

One fan messaged me on Instagram about players not being committed. I messaged back and he couldn’t believe it. I told him, ‘Nothing has changed, I want to score 20 goals for Sunderland this season.’ He said, ‘Ah, OK, thanks’, and apologised. I’m happy here. I want to help the club achieve something special.

Obviously people are going to say things because they are seeing me playing in a formation I have not played before. When Gus (Poyet) brought me here, he just said, ‘You are playing up front, score goals, we will try to create chances for you. Do what you do.’

The new manager has come in and has a different system. There will be spells in games when I end up the middle man or perhaps running the left or the right. We will see what happens.  Hopefully I will get chances even on the left or the right, because we need goals to win games.

After Losing 1-3 To Norwich

People talk about crisis meetings. After two games? Really? Other teams have not started well — look at Chelsea. We trained, then came in and the manager said a few words. We just spoke as adults, to try and help each other. It wasn’t a crisis meeting. You have to stay calm.

The great thing about football is one week you might not perform and get battered, and the next week you can be unbelievable and win. We showed that last year…

Next up for Sunderland: Swansea at home.