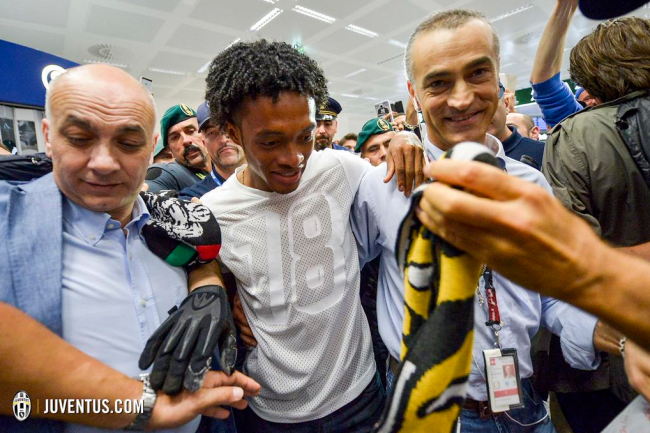 With the recent arrival of Pedro at Stamford Bridge, it would appear that Chelsea have officially given up on Juan Cuadrado.

The Colombian winger is on the very cusp of joining Juventus on loan having made just a handful of cursory appearances for the Blues since his £23million February transfer.

Indeed, Cuadrado touched down in Turin yesterday afternoon to a rapturous welcome, completed a medical and is now expected to join Juve on a season-long deal at some point today…

We don’t think we can ever recall a manager/club giving up on a big signing so quickly, especially given that Cuadrado was a specific Jose Mourinho signing.

Rip it up and start again.