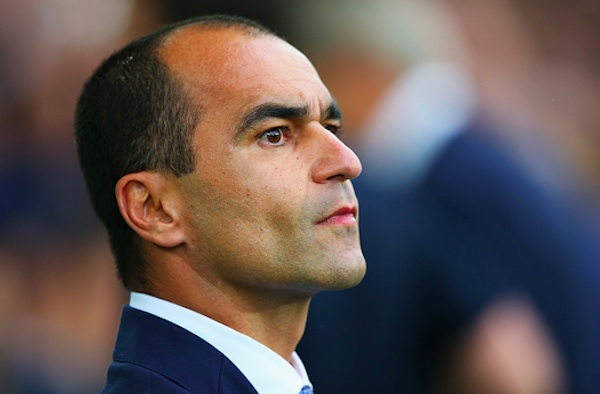 Roberto Martínez is unimpressed by Chelsea’s pursuit of John Stones. The player has become unsettled. Everton fans have verbally abused him. The Sun newspaper says Stones has been forced to “flee” his home. Martinez is also upset at a transfer system which can unsettle players.

Stones has been told he’s not leaving Everton and should honour the five-year contract he signed last summer.

When the two clubs agree, and that starts with an approach and ends with an agreement, then the player has to make a decision. It is no good just to think that, because you have a Champions League budget, you’re going to click your fingers and get anything you want, but clearly we don’t work like that. John has been put in a position that is very unfair.

I had situations of players that could not handle playing in a process like that. That keeps happening. I’m watching other clubs have the same issue.

John is just another victim of this stupid system and he needs protection. All the young players that are doing well at their clubs need protection. It is something that needs to be solved. As you can imagine it is a very tough time for him and as a player you are full of emotions and a little bit mixed up. That’s what the transfer window brings and why we need to support John more than ever.

I don’t think it’s fair that any player should have to go through that while having to perform on a football pitch. The football authorities need to look into it very seriously.

We are very much aware of the security in this particular period when the transfer window is open, that we need to be more alert and help our players because it is what we are exposing our players to — those emotions. That is natural.

There has been a lot of talk, but this shows you our chairman just cares about Everton. Any chairman would put his manager into a big problem if he sold one of the club’s biggest assets at this stage of the window, and that happens. But our chairman has been very clear and very strong. He wants to keep the players who are vital to this team, to make us as strong as we can be.

One benefit of not selling Stones is that Everton look now like a united club.