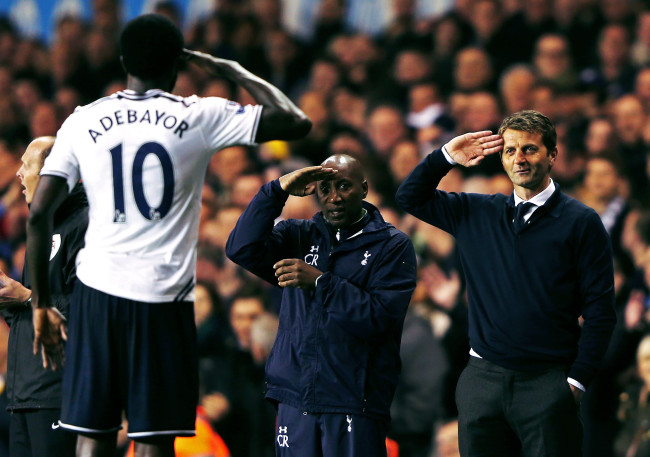 The most terrible moment ever

Emmanuel Adebayor is no longer a Tottenham player. Spurs have released the striker by mutual consent. The 31-year-old Togo international, who is pretty much his own worst enemy, is now free to unsettle another side.

We can confirm that we've reached a mutual agreement with @E_Adebayor which will see him released from his contract with the Club.

“We wish Emmanuel well for the future,” says the Tottenham statement.

Tottenham signed Adebayor from Manchester City for £5million in 2012. He had been seeking a £5million pay-off to secure an early departure from the year left on his contract. Tottenham have yet to reveal the terms of the termination agreement.

West Ham and Aston Villa both made moves for him over the summer – and both had a lucky escape.