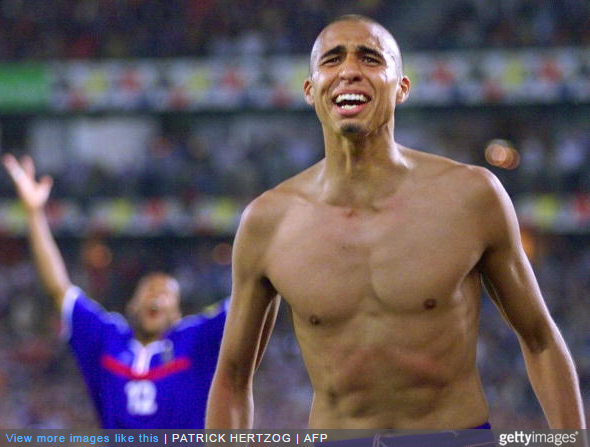 Word on the wire this afternoon is that Hume City FC, who currently play in the sprawling regional second tier of the Australian football system, are currently poised to pull off one of the most audacious transfer coups.

Hume City, who boast an average attendance of just a few hundred fans at their bijou 5,000-capacity ABD Stadium, are scheduled to take on Melbourne Victory in the semi-finals of the FFA Cup next Wednesday, and as such are keen to bolster their team to take on the A-League big boys.

As such, Hume have submitted an optimistic bid to sign former France and Juventus striker David Trezeguet on a one-match contract.

According to Fox Sports, Hume will learn today whether or not their bid has been successful. If Tezeguet accepts their offer, the short-term deal must still be ratified by the Australian Football Federation (FFA).

This comes after the NPL Victoria side found themselves priced out of similarly fanciful moves for Ronaldinho, former Greece captain Giorgos Karagounis and Arda Turan, who is currently ineligible to play for Barcelona due to the Catalan club being under a transfer ban.

It would be fantastic to David play for Hume City in the biggest game in the club’s history.

He’s had a great career, playing for a huge club like Juventus and he’s a World Cup winner.

Ronaldinho, Arda Turan and Karagounis are off the radar but we are interested in David.

We have submitted a formal offer in writing and we will know within the next 24 hours.

We need to know soon because we need to work with the FFA regarding the visa situation and a possible exemption.

There is a lot of red tape to go through, but all we can do is get something down in writing and sit down with FFA to see if an agreement can be reached.

Having played in Spain, Abu Dhabi and Argentina since leaving Juve in 2010, Trezeguet has been without a club since his deal with Indian Super League club Pune City expired last year – though the 38-year-old forward has turned out for the Juventus Legends side a couple times since then.

And just like that, we find ourselves rooting for Hume City all of a sudden.