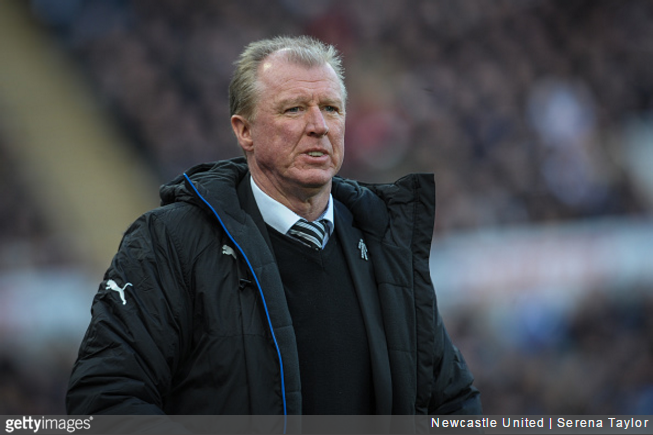 With Newcastle mired in the relegation zone, the papers are going big this morning with reports that Steve McClaren is within hours of being removed from his post at St James’ Park.

Such is their wont, The Sun have gone all out and declared that McClaren is now a “dead man walking” at Newcastle, with the club desperate to bring in Rafa Benitez for the last 10 games of the Premier League season. 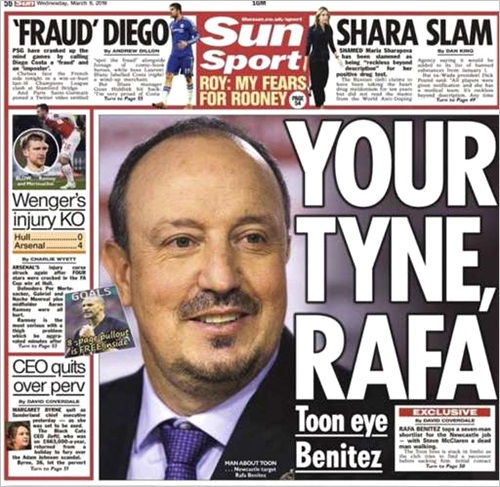 Rafa’s name is also being peddled by the Daily Mirror, who report that Newcastle have “sounded out” the former Real Madrid coach to replace McClaren at the helm.

Apparently Benitez is the “biggest name in the frame” but the likes of David Moyes, Nigel Pearson and Brendan Rodgers.

The Sun increase the prospective shortlist by a further three names, adding the names of Borussia Monchengladbach boss Lucien Favre, Saint Etienne coach Christophe Galtier and, rather anomalously, Raddy Antic (who has been busy intermittently coaching in China for the past five years) into the mix.